On Monday May 22, 2017, the New Jersey Assembly voted, 49-19, with seven abstentions, to approve combined Assembly Bill, A3480, which prohibits employers from asking job applicants about their prior salary or earnings history or making such a disclosure a condition of employment. 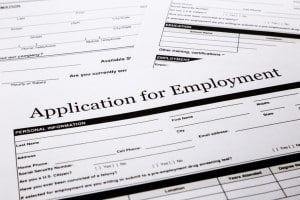 A3480 was introduced on March 14, 2016 and later combined with Assembly Bill A4119 on October 13, 2016. Not only does A3480 make it unlawful for an employer to ask for an employee’s wage or salary history, but it also prohibits employers from coercing a prospective employee to disclose this information.   The bill would not prohibit an employer from receiving salary history or wage history from the employee voluntarily.

On May 25, 2017, A3480 was received in the Senate and referred to the Senate Labor Committee.  A3480’s identical Senate Bill, S2536, will be considered for passage before potentially being referred to the Governor for approval.  A3480/S2536 will serve as an amendment to the New Jersey Law Against Discrimination, prohibiting employers from screening job applicants based on their wage or salary history.

If you have a question regarding New Jersey Employment law, please feel free to call our office.