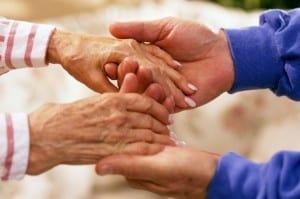 In New Jersey, a guardian may be appointed by a court when an incapacitated person can no longer make their own decisions. Impaired decision-making may be the result of dementia, a severe illness, or a developmental disability. The guardian is tasked with making decisions for their “ward”. Such legal authority often authorizes decision-making regarding living arrangements, medical decisions, and/or finances.

First, the court must find “by clear and convincing evidence” that a person lacks the mental capacity to make their own decisions. It is not enough that the person makes bad or illogical decisions. A loss of mental capacity must be shown. This requires medical evidence.

Once guardianship over an incapacitated person has been granted by a court in New Jersey, the guardian will normally be required to post a bond and file an inventory of the ward’s assets within ninety days of appointment. The guardian becomes a “fiduciary” charged with handling assets and making decisions solely in the best interest of the ward. A guardian should consider the preferences of the ward and carry out the ward’s wishes whenever possible.

When is a Guardian Required to Report to the Court

Once a year, the guardian is required to file annual reports with the court. This includes a “Well-Being” report containing a physician’s letter and the guardian’s observations of the ward’s health. This also includes a financial report, itemizing how the ward’s money was used in the past year.

If the incapacitated person properly appointed a power of attorney and health care proxy before losing capacity, guardianship proceedings may not be necessary. Inadequate or legitimately disputed documents may be ineffective, making guardianship in New Jersey necessary.

It is important that you see an attorney if you believe that someone may need a guardian. The correct reports and legal documents must be filed with the court. Finding an attorney who is skilled in this area of law is important. You should question your attorney about his or her experience in handling guardianships.

Acting in the National Academy of Elder Law Attorneys (NAELA) and its New Jersey Chapter, attorney Robert J. Shanahan Jr. is also counsel to Volunteer Guardianship One on One Inc., a non-profit group which trains volunteers to act as guardians for those who have no family to act on their behalf.

Don’t Write on Your will

Recently, I have been getting a number of will documents from bereaved families where the deceased crossed out paragraphs or added names and crossed out others. This unnecessarily created problems for the families involved. New

One of the more challenging problems faced by an executor of an estate, or, by any fiduciary, is the security barriers set in place by banks and other financial institutions to obtain information and

Netflix has rolled out a new program called,  I Care A Lot. It portrays a woman who misuses the court system to prey on the elderly, place them in institutions and steal their assets.