I am often asked if, under the Medicaid rules, a child caregiver can be paid by a parent. New Jersey Medicaid has been very critical of such arrangements. It usually finds such payments to be an impermissible transfer of assets during the five-year look back period.  This results in a penalty period, based upon the amount transferred, and the elderly person is denied Medicaid payments, often for a lengthy period of time.

On occasion, a child must leave a job in order to render care for a parent in their home. Payment by the parent for the services provided by a child is seen as a way to bring needed income into the home. A parent would have to hire a private service caregiver anyway, so paying a child is seen as a way to get personalized care by a loved one, rather than by an outsider.  Unfortunately, this arrangement is often not accepted by New Jersey authorities. 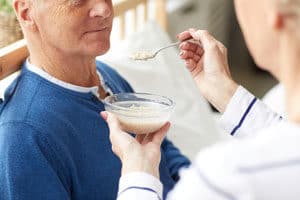 In a recent unpublished decision, the New Jersey Appellate Division, in E.B. V. Division of Medical Assistance and Health Services and Camden County Board of Social Services, A-3087-15T4, affirmed a Medicaid decision which found that payments made by a parent to a child for caregiving were deemed an impermissible transfer under Medicaid regulations.

In 2003, the then eighty-year-old mother “E.B” moved into her daughter’s home because she was afraid of living alone and was unable to cook or shop for herself.  The daughter, “J.W.” provided an apartment, which, although physically attached to her home, was comprised of a separate living room, bedroom and bathroom. In 2009, E.B. was diagnosed with dementia and J.W., and members of her household, were required to help her. By 2011, a family member had to be in the same room as E.B. at all times.

Daughter Quit Her Job to Provide Care For Her Mother

In 2009, J.W. resigned from her position as an insurance adjuster in order to take care of her mother full-time.  In 2011, J.W. was finding it hard to make ends meet in the household because she was not working.  She could have gone back to work and hired a third party to come in and care for her mother, but she decided that it would be better if she provided the care and pay herself from her mother’s savings. After researching the average wage of caretakers, J.W. determined to pay herself ten dollars an hour.  This amounted to $400.00 per week, plus twenty-five dollars a week for two and a half hours she spent shopping for her mother. J.W. did not keep a ledger of the services she provided and the days and hours she performed the services.

By 2013, E.B. fell and was no longer able to communicate.  Despite her best efforts, the daughter could no longer care for her mother, and nursing home placement became necessary.  By that time, E.B. had few assets to pay for this care, and the daughter applied for Medicaid. Medicaid found that, although E.B. qualified for benefits, a penalty period would be assessed due to the payments to the daughter being an impermissible transfer.

The Court noted that Medicaid regulations state that if an applicant transfers assets during the look back period for less than fair market value, there is a rebuttable presumption that the asset was transferred for the purposes of qualifying for Medicaid.  The burden of rebutting the presumption rests on the applicant to show the transfer was for some reason other than to qualify for Medicaid benefits.

In addition, “a transfer of assets to a friend or relative for the alleged purpose of compensating for care or services provided free in the past shall be presumed to have been transferred for no compensation”, citing N.J.A.C. 10:71-4.10(b)(6)ii.

The Court found that J.W. did not rebut the presumptions that the assets were transferred for reasons other than to qualify for Medicaid.

First, the Court stated that J.W. did not show why she could not have hired a competent professional for ten dollars per hour to take care of her mother, which would have allowed her to go back to work.  As a former claims adjuster, she could have made much more than ten dollars an hour and would have solved her family’s need for more income. While a third-party caregiver would not be a family member, this did not mean that a competent caregiver could not be found to meet her mother’s needs.

Second, J.W. offered few details about when and what specific services she provided during each pay period, and had no written care agreement, “which is hardly consistent with providing the requisite convincing evidence petitioner’s assets were transferred exclusively for some purpose other than to establish eligibility.”  Thus, she failed to show the assets were transferred for fair value.

Third, J.W. only began receiving wages when it was “foreseeable that [petitioner’s] advanced age and deteriorating condition would require intensive care and the possibility of entering a nursing care facility.” She provided free services before accepting wages.  This created the presumption that the assets were passed for no compensation, a presumption she failed to rebut.

For reasons based solely on this case, it may well be that J.W. could have prevailed if she had not provided services for free at the beginning of her mother’s residence with her; if she had a detailed care agreement signed by her mother; and if she kept a detailed daily diary of hours worked and specifying services rendered.  But the Court’s agreement that J.W. should have gone back to work is troubling.  One would think that families taking care of their own would be encouraged, and not dependent upon the ability to find an outside professional.  If someone is going to be paid, why not a child who has quit a job to remain at home to care for a parent? 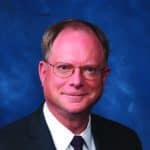 Mr. Shanahan received his Juris Doctor from the Temple University School of Law in 1985, and obtained licensure in New Jersey in the same year.  He received a Bachelor of Arts degree in History in 1981 from William Paterson University, with honors.  Robert is a member and Past President of the Hunterdon County Bar Association, and is a member of its Elder Law Committee. He is also active in the National Academy of Elder Law Attorneys and is a member of the Hunterdon Medical Center’s Bio Ethics Committee. He is pro bono counsel for Volunteer Guardianship One on One, in Flemington, New Jersey.