POLST: A Solution to DNR Issues

POLST: A Solution to DNR Issues

POLST, or Physician’s Orders for Life Sustaining Treatment, is a relatively new document which may be more appropriate for a patient than the traditional “DNR” or do not resuscitate, order at a hospital. It is certainly more powerful than a Living Will, but it is only to be used when a person has a compromised medical condition or terminal illness.

First Responders, the Emergency Room, and Your Living Will 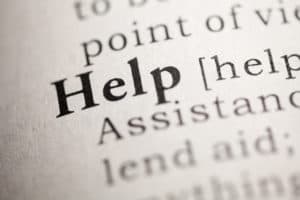 Recently, a client told me that the local ambulance squad disregarded her mother’s Living Will, which was posted on the refrigerator, when they came to the house. They treated her mother and took her to the hospital. The mother did not want that care. You should know that the ambulance squad and the emergency room are exempt from following your Advance Directive by law. There is no time for first responders to read and understand your Advance Directive. They are charged with attending to emergencies, quickly.

DNR’s Are Not Always Effective

A DNR or a medical order stating, “Do Not Resuscitate”, is only binding in the institution that issued it. It is only good while you are in the hospital where it was issued. Once you leave the hospital, even if you are transferred to another hospital, the DNR has no more effect. This was a major problem, and not one understood by the general public. This led to the creation of the POLST.

Essentially, the POLST is a DNR that retains its effectiveness wherever it goes. It travels with the patient and is binding wherever the patient goes. It is valid at another hospital, a nursing home, and the patient’s residence. It has a symbol, at the center of it, which tells the ambulance squad to stand down. It is green in color and easily identifiable to all.

How Does One Get A POLST?

A patient who is terminal or has some other compromised condition, may ask his or her treating physician for a POLST. The POLST is filled out by the patient and the doctor. It is left with the patient and can be put on a refrigerator or front door, or placed into a medical chart at a nursing home or hospital. The POLST addresses the gaps in the DNR.

POLST Does Not Replace the Need for an Advance Directive

A POLST may only be created when a patient is terminal; it is not meant to replace a Living Will. A Living Will/Advance Directive is for those who wish to make their treatment choices known in the event that they do become terminal and are unable to voice their wishes. It is still highly recommended that you prepare a Living Will as you do not know what the future will bring.

The attorneys at Shanahan & Voigt can help you navigate these important issues.  Please give us a call.