Non-disclosure agreements between businesses are becoming more and more common, as businesses team up together to accomplish common ventures and services, or even by those wishing to sell.  Non-disclosure agreements are not something that should be lightly considered as a poorly worded agreement may lead you to a courtroom and maybe with your important trade secrets stolen without any remedy to you. 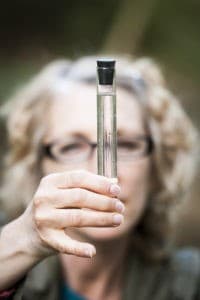 Non-disclosure agreements protect your company’s secrets such as its formulas, customer lists, trade secrets, and the like, from another business who is interested in buying your company or working jointly on a new venture.  The other business will want to know all about your company, its finances, technological know-how, and secrets to determine if a purchase or joint venture is optimal.  A carefully crafted non-disclosure agreement will allow this review but prohibit the other company from using your secrets for its own purposes.

Non-Disclosure Must Be Carefully Defined

What Information is NOT Confidential

If a company breaches the agreement, it is important that the non-disclosure agreement states the consequences. Many times, simply stating that damages, along with the right to seek a court order restraining the breaching party, are included.  Of great importance is any clause specifying which state, or which country’s law and courts have jurisdiction.  It should not automatically be agreed that the law or courts of another state or country control your agreement.  If you can’t bring it to your home state, make sure that you have an attorney familiar with the other jurisdiction review the contract.  If it is another country whose law and courts will control, see an international lawyer.

Non-disclosure agreements are an important step in working with another company.  It is essential that you get this agreement right, at the beginning of your relationship. See an attorney to be sure that all you have worked for is protected. Law Offices of Robert J. Shanahan, Jr. can help you.