Hidden cameras are now available to address the significant increase in elder abuse complaints against home healthcare aides. New Jersey has decided to expand its hidden camera program that began in December 2016. It 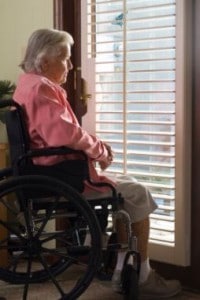 has been very successful in catching abusers, both among in-home caregivers, and those in nursing homes.

“Allegations of elder abuse by home healthcare aides has increased along with the fast growth of the home care industry in New Jersey”, said Attorney General Chris Porrino. “One of the things that we heard was people wanted to use these cameras not just in their home, but also in nursing home facilities”, he said. Videos produced by these cameras showed shocking incidents of patients being struck, receiving rough treatment, and, in one incident, a failure by the home care aid to assist a patient who had collapsed.

The Role Played By Law Enforcement

Law enforcement officials have been lending hidden micro-surveillance cameras to the public so that they could determine if elderly loved ones were being abused by caregivers. AG Porrino stated, “So we’ve now expanded it to allow these cameras to be loaned out to individuals who believe that their loved ones may not be getting the care that they’re supposed to be getting inside a nursing home. Now the cameras will be made available for individuals who believe that there’s a need there.”

Another change is that home healthcare aides will have to wait until their criminal background checks are completed before entering someone’s home to work. In the past, healthcare aides could work up to four months while their backgrounds checks were being processed.

AG Porrino observed that the elderly are very vulnerable, and “we see, unfortunately, oftentimes people taking advantage and acting inappropriately.” “There has been a significant uptick in the disciplinary matters that were brought year over year, and the industry is growing, so we thought it was a need that needed to be addressed.” Yes, Mr. Attorney General. It is nice to see law enforcement getting involved in the elder abuse problem. Thank you.