Guardianship abuse reports have been in the news repeatedly, https://www.nextavenue.org/guardianship-u-s-protection-exploitation.  Reports of the guardianship system being used to steal and exploit those unable to help themselves are on the rise. Criticism of “the System”, how one becomes a guardian, and the lack of oversight of the activities of a guardian, are common.  It is this writer’s opinion that abuse by guardians is yet another result of the failure of our society to take elder abuse seriously. 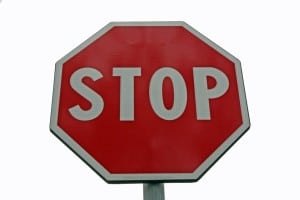 Guardianship procedure and oversight in New Jersey appears to be better than in some other states. The news reports relating incidents of abuse decry the lack of a notice of hearing to an alleged incapacitated person, the lack of right to be present at the hearing, the right to have their own attorney, the need for clear and convincing evidence to award guardianship, the lack of a medical assessment and testimony in court, and the lack of oversight of a guardian’s activities.  However, much of this criticism of the guardianship system is addressed in New Jersey’s requirements to appoint a guardian.

Guardianships are created by a court. https://legalcounselnj.com/2018/01/02/what-is-guardianship.  To obtain guardianship over another person, a complaint must be filed in the Superior Court. The Rules of Court, and State statue require the complaint to contain very specific information, including affidavits and reports of two physicians who have personally examined the alleged incapacitated person; the names and addresses of all next of kin and other “interested” parties; the name and address of the proposed guardian; and financial and other information about the alleged incapacitated person.

If the court filing meets the requirements of the court rules and statutes, a judge will issue an “Order to Show Cause”.  This court order essentially states that the judge has the papers which appear to meet the requirements.   A hearing date is set and anyone who objects is instructed how to file objections. The judge will also appoint an attorney to represent the alleged incapacitated person, who will be given authority to speak to everyone involved and review all medical records. The order is required to be personally served on the alleged incapacitated person, and a statement about his or her right to obtain counsel of his or her choosing, and the right to defend and attend the hearing must be read to them.  All “Interested Parties” must be served with the order and complaint, and the attorney filing the action must submit an affidavit to the court indicating that this has been done.

At the hearing, all parties will be heard.  In the vast majority of cases, there is no need for a trial, but some controversies require such a resolution. If the guardianship is granted, a court order is issued.  Among other things, the Order of Guardianship will require the court appointed guardian to post a bond for the amount of the incapacitated person’s (now known as a “ward”) assets.  This protects the ward’s finances from abuse.  In addition, the guardian is ordered to prepare and file an inventory of the ward’s assets and personal belongings within ninety days.  Annual financial and well-being reports are required to be filed with the County Surrogate annually for oversight. These reports are audited by volunteers and guardians must be available to answer questions or provide documentation of their activities.

While the Guardianship process in New Jersey appears to address the shortcomings of some other states, there is still room for criticism.

The Guardianship oversight program run by the County Surrogates is far from perfect. Significantly, there is no funding authorized by the legislature.  The Surrogates must rely on volunteers to review the reports filed by guardians and to follow up with those who have missed their deadlines to file.  In the more populated counties, I have been told that these annual reports are just filed…not even reviewed by the Surrogate offices. However, in others, such as in Hunterdon County, the oversight is functioning quite well.

The other issue with guardianship oversight is the general antipathy for all elder abuse issues. I have had cases of abuse where a judge has referred the matter to a county prosecutor for action. Nothing happened.  Many times, my clients call the police.  The police refuse action, saying it is a “civil matter”. Elder abuse in the shape of financial and physical exploitation is rampant in our society and although there are some happy moments, many are ignored.  This is wrong.  This is unacceptable. It needs to be corrected. Now.