On July 19, 2019, New Jersey Governor Murphy signed into law the revised, “Right to Control Law”.  This law specifies who can authorize the funeral and disposition of the remains of a deceased person. Previously, the only way an individual could appoint someone to carry out their final wishes was through a valid Last Will and Testament. If no such clause existed in the Will, then funeral directors had to rely upon a hierarchy: the spouse, then a child (or agreement among the children), and down the line. Many times, there were disputes. For example, there would be a dispute over a deceased’s wish to be cremated.  Sometimes, unmarried, “significant others”, claimed decision making power with the funeral director.  All of this resulted in a need to re-examine the old law.

Your Designation Can Now Be Made By A New Form 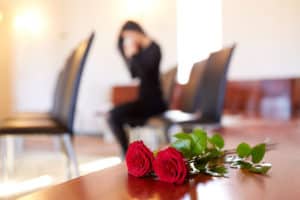 Those wishing to designate a “funeral agent” will soon be able to fill out a new form.  The form will need to be witnessed by two people and notarized.  Although the law is now in effect, the form has not yet been approved or issued.  It is anticipated that the form will be available by funeral directors, attorneys and others.  Hopefully, it will also be available online.

By designating a funeral agent, you will be giving someone the legal authority to carry out your wishes regarding the disposition of your remains.  Funeral directors will be looking for this document, particularly if there is any disagreement.  Many have made a designation under your Last Will and Testament.  This is still valid as long as you do not change it by filling out this new form.  The statute specifically states that the most recently executed document, whether a Last Will or funeral agent form, will control.

Other Rules for the Funeral Agent

If the deceased has a restraining order against the agent, or if the agent is charged with the intentional killing of the deceased, then the authority passes to the next person in the family hierarchy. The law also provides for problems between parents of the deceased, divorce, annulment, civil unions and domestic partnerships.

Our Take on This Revised Law

Clearly, something had to be done with the old law.  Most people did not name a funeral agent in their Last Will and Testament (unless of course, it was prepared at Law Offices of Robert J. Shanahan, Jr.!). If they did, often the Last Will was not found until arrangements had been made and completed.  With the popularity of cremation rising, there has been increasing disagreement expressed by children and other family members to funeral directors.  In turn, these funeral directors needed to know who had the legal authority to make these decisions. Sadly, like most legislation requiring a form, the form is not available even though the law is in effect. We eagerly await the issuance of the form to designate a funeral agent.