Who Has Control Over My Funeral?

Who Has Control Over My Funeral?

“Control over my funeral” is becoming a developing issue in my practice.  Funeral directors have asked me to sign statements that I have such authority when I have buried my wards as a court appointed guardian.  Now, family survivors are disagreeing over the disposition of a loved-one’s remains, and inquiries are being made about the law.  “Who has control over the funeral?”  “Who can order cremation over traditional burial?”

Control Over the Funeral, Disposition of Remains

Normally, the authority to control the funeral and disposition of the remains is vested in the following order: 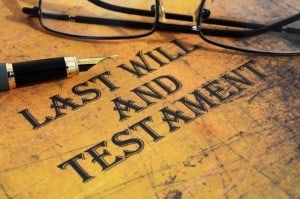 Name a Funeral Agent in your Last Will & Testament

-A majority of the surviving adult children of the deceased; then

-The surviving parent or parents of the deceased; then

-A majority of the brothers and sisters of the deceased; then

-Other next of kin of the deceased, by degree.

In this “pecking order”, it is usually the children of the deceased making the decision.  This is where the problem occurs, because sometimes, the children cannot agree.

Another Reason to Have a Last Will and Testament

A relatively new law allows you to name a person to control the funeral and disposition of your remains, in your Last Will and Testament.  If you name a “funeral agent” in your Last Will, the statute (N.J.S.A. 45:27-22) vests that person with full authority and control. The funeral agent can be anyone whom you believe will follow your wishes; it does not have to be your Executor.  You cannot name a funeral agent in any way other than through a Last Will and Testament.

Control Prior to Probate of the Will

A smart person will observe that Wills are not probated until after the funeral.  The funeral agent has no authority until the Will is probated, so how does this work?  The probate statute, amended in 2004, states that, “Prior to probate, a decedent’s appointment of a person in a Will to control the funeral and disposition of human remains may be carried out in accordance with 45:27-22.  If known to them, a person named as Executor in a Will shall notify such a person of their appointment and advise them of what financial means are available to carry out the funeral disposition arrangements.”  NJSA 3B:10-21.1.  The Funeral Agent named in a Will has authority prior to probate.

You Need to Take Action

Avoiding family squabbles during a very stressful time is paramount.  An argument over who “can” act or who “has” legal authority, is unnecessary.  Draft a Last Will and name your funeral agent.  I would be happy to discuss this with you further.