Banks are Driving Us (and our Clients) Crazy

Banks are Driving Us (and our Clients) Crazy

This article has been a long time coming. I have thought about writing it many times, but stopped myself. But, I can’t take it anymore. The banks are driving us crazy.

It’s not all banks. It’s just the very large, national banks. The guys that we are told are “too big to fail”. Yeah, those guys. It seems anytime you need something which should be easy, it becomes a time consuming, frustrating, nightmare.

You would think that when a family is in turmoil due to the death or incapacity of a loved one, that the bank where they have been doing business for years, would make things easy. If there is any place to shine, and for a bank to show dedication to customer service, this would be the time. But, no. Not anymore. It’s No can do…” Not only do these banks do everything in their power to delay and frustrate fiduciaries (Executors, Attorneys-in-Fact under a Power of Attorney, guardians, Trustees), but on many occasions, they violate state law. 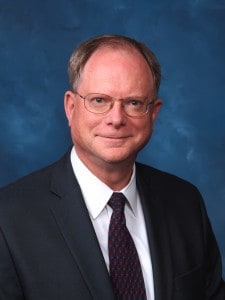 In the process of applying for Medicaid benefits for this woman, Medicaid asked me for two monthly bank account statements from 2010. When I went to the bank and presented the Power of Attorney, I was told that I could not have the statements. The reason? I did not have the Power of Attorney in 2010. My protests that I was Power of Attorney today, and, legally, I had a right to the 2010 statements, were to no avail. “We have to follow bank rules”, I was told. Obviously, to this bank, the law took second place behind bank rules. A complaint filed in the local court said otherwise, and the statements landed on my desk in two days. That was fine for me. But what about those who are not attorneys?

Another well-known national bank defies New Jersey regulations permitting an Executor to receive at least half of the funds from a bank account, up front, no questions asked. I was named Executor of a client’s estate. When I presented the death certificate and Surrogate’s letter, the bank employee told me that she could not help me at the branch. She would have to send my documents to the corporate legal department in another state, and it would contact me in two months!! Two months later, the legal department did indeed contact me. It wanted the same documents I presented to the branch employee two months earlier(!) and still, no money.

Things have gotten so bad, that one County Surrogate put a message on his website warning people not to work with the other very large bank. This caused a plea from the bank to meet with all County Surrogates to discuss issues. Look. It’s easy. Train your people, follow the law, and stop frustrating people.

I can relate stories all day from my personal experience and the experiences of my clients: Executors, court appointed guardians, Attorneys-in-Fact and Trustees. All of these fiduciaries are being frustrated by silly rules and ignorant branch personnel. At times, my office is tied up in knots by these banks.

“Why”, I ask, “Why do so many people bank with these national banks?” The answer is easy. People are only making deposits and cashing checks. They have not had the need to ask their bank for anything out of the ordinary. But when they do, they have less than a satisfying experience. Best to ask the bank about their procedures before you open an account.

Many of my clients ask me to review their assets to be sure that the administration of their estate will be easy for their Executor. Often, I will see accounts in one of these offensive banks, and I have to be honest with them—LEAVE THAT BANK NOW. Move to a small, neighborhood bank. If you die with accounts in the big bank, it will really slow things down, frustrate your children, and cost your estate more in legal fees.

I recommend that you sit down with your branch manager and ask what is required of an Executor who wants money from an account, or to close an account. How long does it take? –I mean, really take. Will they be able to accomplish everything in that branch, or do they have to deal with some corporate department elsewhere? How trained are the people in the bank on estate/probate procedures in New Jersey.

It is amazing to me that, in this day and age, you need a lawyer to interface with your bank. It’s crazy.

Mr. Shanahan received his Juris Doctor from the Temple University School of Law in 1985, and obtained licensure in New Jersey in the same year.  He received a Bachelor of Arts degree in History in 1981 from William Paterson University, with honors. Robert is a member and Past President of the Hunterdon County Bar Association, and is a member of the New Jersey State Bar Association, and its Elder Law and Disability Section.  He is also active in the National Academy of Elder Law Attorneys. Robert is a member of the Hunterdon Medical Center’s Bio Ethics Committee and was awarded a Five Star Financial Services Professional Award for 2016.

THE INFORMATION CONTAINED HEREIN IS MERELY AN EDUCATIONAL SERVICE TO PROVIDE BASIC, GENERAL INFORMATION AND IS NOT LEGAL ADVICE OF ANY SORT. FURTHER, BY EXPLORING THIS INFORMATION, YOU UNDERSTAND AND AGREE THAT NO ATTORNEY-CLIENT RELATIONSHIP IS BEING FORMED.