Alzheimer’s Village Being Constructed in France

Alzheimer’s Village Being Constructed in France

Alzheimer’s Disease patients are about to experience a revolutionary living space in France.  Yahoo news reported on June 4, 2018, that work has begun on a new Alzheimer’s Village” where patients will have free rein in a “medieval style citadel” designed to increase their freedom and reduce anxiety. https://yahoo.com/news/france-starts-revolutionary-apos-alzheimer-174855349.html 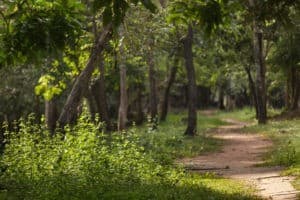 Alzheimer’s care outside of traditional institutions

Alzheimer’s Disease is probably the most common form of dementia effecting the elderly around the world. It is irreversible, and it slowly destroys a person’s memory.  At this time, it is untreatable.

The village being built in Dax, in southwestern France, will have shared housing, and will be broken up into four districts, similar in style to buildings in southwestern France.  Residents will be able to “shop in a small supermarket, go to the hairdressers, local brasserie, library, gym and even a little farm.”  Residents are confined to this village for safety reasons, but are allowed to wander around freely, inside.  Plain-clothed medical staff are present to care for the residents.

It is hoped that this type of living arrangement will allow Alzheimer’s patients to be more active and happier.  It may even provide a need for less medication. Studies will be conducted comparing patients in this facility with the traditional type of nursing home with a dementia unit. “We hope that the patients will be less constrained and anxious, happier.  The same goes for the medical staff,” said Francoise Diris, President of the France Alzheimer Landes Association.  “Families will also be more relaxed and feel less guilty”, she said.

The Waive of the Future

I found this idea to be very interesting and a great example of someone thinking of needed alternatives to traditional types of care.   There are many new ideas out there.  I do expect that treatment of these diseases in a short period of time will be very different from today.  At least, let’s hope so.